I have often experienced the overpowering need of solitude and seeking silence.I love Audrey Hepburn s quote” I have to be alone very often. I’d be quite happy if I spent from Saturday night until Monday morning alone in my apartment. That’s how I refuel. “.  I have realised from a very young age of  my need to detach and be with myself to be of paramount importance to me.  I have often thought of that to be a quirk in me. Coming from a very large family of cousins, aunts and uncles, from both maternal and paternal side, my parents have always been surrounded by people, incessant chattering and cacophony of noise and no doubt they enjoyed the social attentions and gatherings. And then they had me, anti-thesis of them. I have left my parents quizzical sometimes with my quiet retreating behaviour in to solitude.

Solitude has often been misconstrued and  confused with loneliness.  When you look up the meaning of Solitude on dictionary it is explained as a state or a situation of being alone.  Solitude is indeed state of being alone often voluntary and is positive and loneliness on the contrary is a feeling of being left alone, refers to isolation and is negative. I have been on a quest since long to understand and explain the difference between loneliness and solitude. You can be alone and not necessarily lonely, and similarly you can be surrounded by people, yet feel isolated and lonely. It is perhaps easy for me to perceive the difference between the two concepts  because of my inherent temperament or nature. I seek solitude and silence from time to time , I am a firm believer in Rumi s  saying ” In Silence there is eloquence. A little while alone in your room will prove more valuable than anything else that could ever be given you.”

We humans are social beings , we are driven by our  need to be part of a group, we require affirmations, a sense of belonging . I have often wondered  do people surround themselves with other people because of this social need or the fear of being alone. I also wonder sometimes if we have defined the circles and groups so rigidly that we try to fit ourselves in to these predefined moulds and spend years to fit ourselves in to the mould, trying to be someone who we are not, failing to listen to our true selves. I have a come a long way from thinking of my need of solitude to be my behavioural quirk to realising the importance of solitude.

I have found solitude sometimes in the most crowded of places, sometimes in the garden or sometimes in a book. While living in Mumbai, I often visited a mall called Inorbit Mall, at times with friends and sometimes on my own. I have found the most profound moments of solitude there, people bustling in and out of the shops, mindless wanderers, shoppers with agenda , rising and falling voices drifting around  me, smell of food wafting mixed with the cool breeze from aircons. I would either be sitting in a coffee shop sipping a cup of coffee or browsing a book in a bookshop or simply sitting by and watching and hearing life rushing by. There was a sense of detachment paradoxically also feeling a sense of belonging to the human race. I once mentioned my experience of solo visits at the mall to my then colleague and to my surprise she mentioned she visits the same mall for the very same reasons. We all from time to time, have the need to hear ourselves. In Solitude is when we hear ourselves clearly and loudly, solitude is when we pay attention to ourselves and our thoughts. Solitude is being with yourself, listening to yourself and finding your true self. When you find yourself, you are truly not alone.

I have personally known a man who had been feeling lonely for a long time in his life, in spite of having a large loving family. He was the most handsome man I have ever met in my life, he could light up a room with his sheer presence, would be centre of any social gathering making people laugh with his jokes and funny anecdotes, he could speak eloquently on literature, books,cricket and Shakespeare, one who could whistle a Dean Martin or Kishor Kumar song effortlessly. Unfortunately he could not light up his own life with his laughter, nor could he sing himself to happiness, kept his loneliness masked beneath his beautiful face and ended up  dying tragically alone. He was weighed down by gender specific societal norms, men should take on all the responsibilities,men should be strong, men should not cry, men are defined by their earning power in the world, men should not grieve and the list goes on. He became so tuned to listening to societal responsibilities and call of duty, he never stopped to listen to his hearts voice.

My many conversations, musings and discussions with my friends on varied topics have helped shed light and understand myself better. I have a great amount of love and gratitude for my many dear bossom friends, who spend hours listening to me , sometimes engaging with me in some deep existential quests. I would not have reached here ,without their endless and tireless listening abilities. And in solitude, my mind recollects some of those conversations and I have some self realisation moments. It was a few years back I was having a discussion with a friend on what consitutes true love. And for whatever reasons every relationship in our discussion ended up stemming from desire or motive, or  then some were tainted with betrayal or hatred or resentment so it lost its essence as pure love.  I said that concludes there is no true love, but why do I feel that is wrong. And then he replied, I think it is because, there is true love, your true love is you. I was not convinced with his reply as it sounded very narcissistic and then we had our own errands to run and get back to our work, reality and had to end our conversation . I understand today much clearly I was so lost in my clinical analysis of facts that I did not hear my true self. I remembered the conversation one day while sipping coffee in my kitchen on a winter morning, gazing out of the kitchen door, on to the garden. We need to love ourselves unconditionally with all its flaws, a detached and pure love has no place for judgements. We see the flaws in ourselves and seek that flawless love outside of us  and end up again looking at flaws instead of love.  Your true love is you, you love yourself with all your inherent flaws, and look beyond the flaws at your true self.

” I, like you, am rooting for that. I, like you, do believe in the goodness of people, prayers, gratitude, thousands who are extending their hand in help. ” Beautiful post .. with beautiful thoughts..

I felt compelled to write a post. I have been doling out ‘quotes’ for the past few months. It has been enough for my mind to keep sensing, feeling, processing, learning & adapting with the help of these one or two liners. That is, till today morning. As I prepared for the day ahead, I got some free minutes, a rare feat I may add. As I glanced through the newspapers, I came across three poignant photographs. A child sitting in a bright orange chair of an ambulance clicked in the dead centre of a picture. It would have been a cute or an adorable picture save for the torn, bloodied clothes, the dazed, war-ravaged injured face of his. He, for me, became the epitome of trauma. He wasn’t crying, he was in shock. He seemed too numbed out to even register himself or his surroundings, all the life-saving symptoms…

I had been contemplating for a while about whether I need a break from my work. I have had series of long chats with my near and dear ones, on pros and cons of a break. I had reached a point where I was not sure whether what I was doing was what I want to do. When I started to work after my university I was passionate about my work and loved it and I was sure about it. I have made such wonderful friends through work, I have learnt a great deal, have earned my living and evolved professionally in to what I am today. I want to discover who I am without my work. Does my work define me or I am to define my work? I decided until I disengage myself from my work, I will not be able to find the answer. I have taken the plunge and am going to live the next one year of my life as it comes and do things at a leisure and do a little bit of soul searching. I will try and learn something new. On a break

The leaves are changing colours, there is a burst of yellow and orange on trees,there is a chill in the air, pumpkins are on the aisles of all stores and it’s time to take out my sea green cowl. And it was the time for Apple Weekend at Fenton House. I have been volunteering at Fenton house for five years now and I started with Apple weekend . Fenton house is a 17th century house with amazing collection of Porcelain and musical instruments.It s located in Hampstead, London. It’s sort of become a family tradition for me and my hubby to volunteer on the Apple weekend every Autumn. 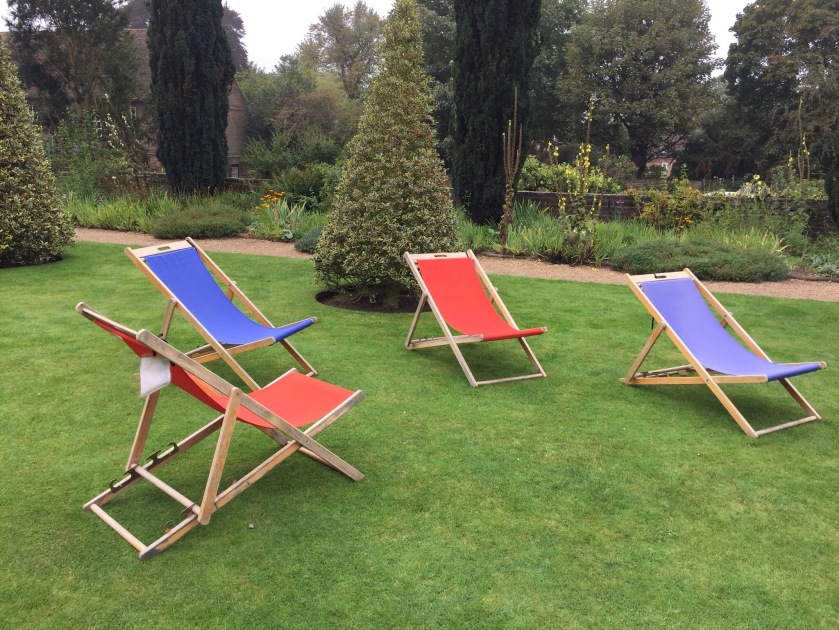 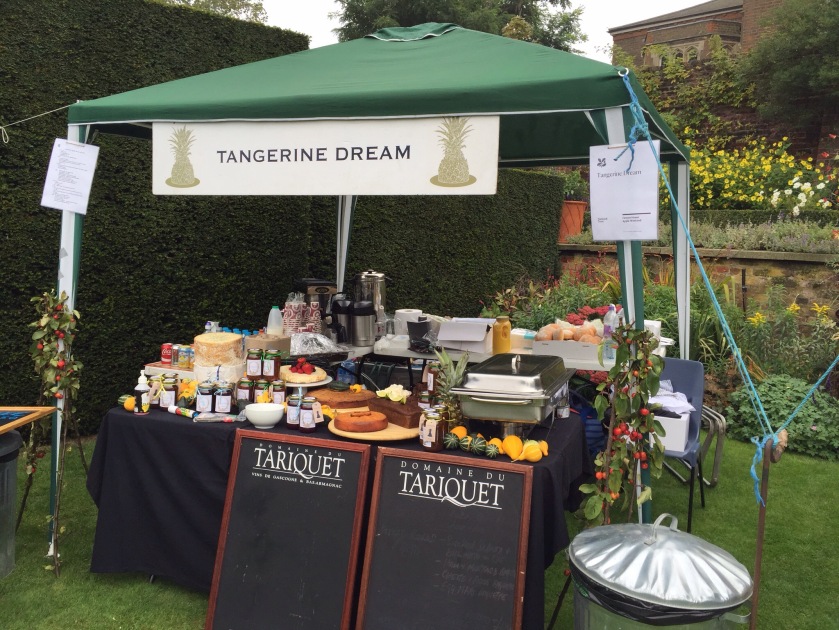 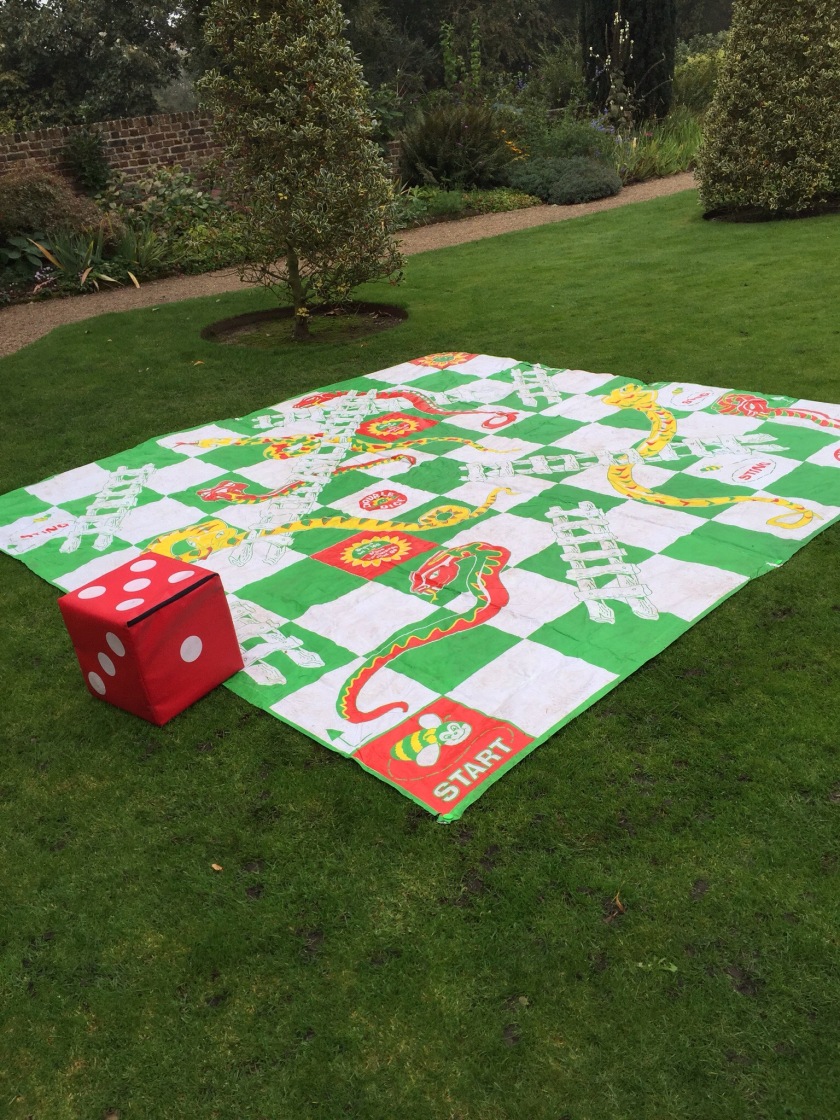 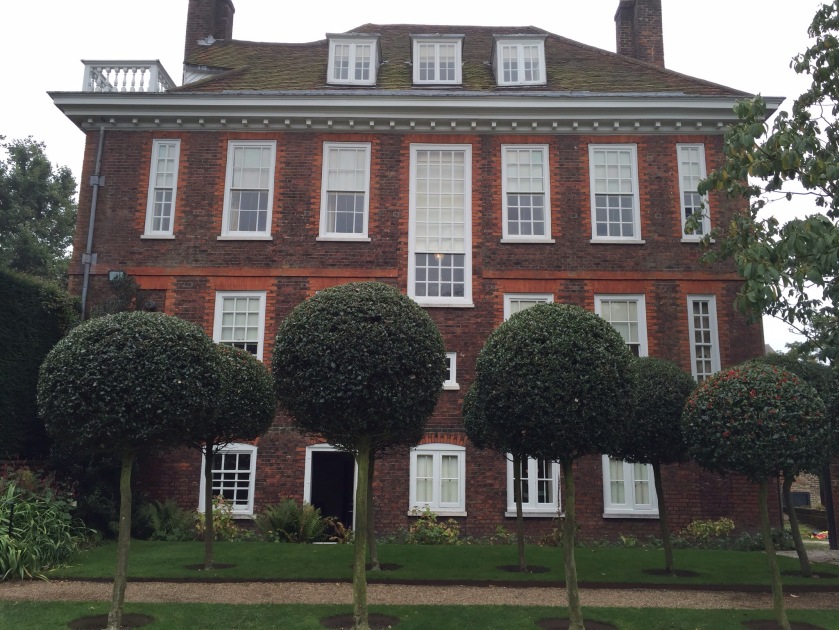 Welcome to my blog. So far, I have been a talker, texter and tweeter. Now I am a blogger. I am very excited to start blogging as well. I hope you enjoy my posts.