On this trip we travelled to a couple of cities, from West of India to South of India. Amongst them my personal favourite is Thanjavur district, in Southern India, well known for its cultural vibrancy and I have many fond nostalgic memories of the city. Thanjavur district is the rice basket of Southern India, the land of arts and Architecture. Thanjavur is also known for the three surviving Great Chola Architectures. The Brihadeesvara Temple/Big Temple in Thanjavur City, Brihadeesvara Temple at Gangaikonda Cholapuram/Jayakondam and Airateswara Temple at Darasuram. All the three temples are fine example of Dravidian Architecture and are built according to the Agama Principles. Agama Sastra,is an ancient scripture, which lays down the principles and rules for rituals of philosophical and spiritual practices ,for prayers and also the principles for construction of the temples, including the place of temple, sculptures and the materials to be used in the sculptures. The scriptures I have heard are in Sanskrit and also in Tamil. All the three temples were commissioned by the Chola rulers and were part of larger city, which got destroyed after the downfall of the Chola dynasty. The Chola reign is considered as one of the prosperous times for art, culture and Tamil Literature and is often referred as the Golden Age of Tamil Culture. The Chola Royals were a great patrons of art and literature. The Chola dynasty ruled over varying territories of the Southern India, from 3 century BCE to 13th Century CE. They had trading routes with South East Asia, and also had established themselves as cultural, military and economic power in South East Asia. They were known for their naval power in South Asia. They recognised temples not only as places of spiritual and religious practices, but also as major economic hubs. They took great interest in administration of the temples, built educational institutions, places to stay and hospitals, around the temples. They also established water irrigation and dams in the region as it was known for its droughts, and helped in the making the region a very agrarian economy. They had pioneered a centralised system of ruling, and integrated the entire Southern India under one rule. Chola dynasty has left its huge mark on the Southern India’s History, architecture and literature. I would like to mention here, I am not a historian, but am a huge history buff and an avid fan of the Chola dynasty , especially their architecture and their interest in arts and their enthusiasm in making culture a priority along with being an economic and military power. My father had a degree in History, with a specialisation in Indian History, so I raided his books as a youngster to look for more information and picked on his brain a lot for more information. I was very impressed to find out that one of the kings of Chola dynasty, RajaRaja Chola 1/ Arulmozhi Varman( he was the one who commissioned the Brahadeeswara temple in Thanjavur) was chosen as king through a democratic process of the court. In the 1950 s, a historical story was published based on Arulmozhivarman’s life and was published as a series in a weekly magazine, written by famous Tamil author R Kalki. It was later published as a set of five novels. It narrates the story of early days of life of Prince Arulmozhi Varman and the political battles within the dynasty for the throne. The narrative of the novel is absolutely vivid and evocative, and it brings to life the times of Chola dynasty. The series became very popular and created a frenzy in the newly Independent India and even now the book has a very big and specific fan base, very similar in nature to a Whovian or Potterhead. I have not learnt to read or write Tamil in a school, but learnt a very basic reading and writing in Tamil from my mother. During my school vacations, it was one of the chores which my mother loved and I loathed. I learnt it more to keep my parents happy. Yet the rudimentary reading skill I learnt came in handy in reading the Novel in my later years. It is the only Tamil novel I have read. And it took me nearly two to three years to finish the five sets of humungous books. I have slightly digressed from the Chola architecture, coming back to the architecture, the walls of the temples have inscriptions written in ancient Tamil language, which detail the account of the kingdom, the time and material used in building the temples, the people involved in the temple work, their wages etc.

We stayed in Kumbakonam, which is a city in the Thanjavur District. It is also known as Temple Town due to the huge number of Temples in the cities. It is not very far from Jayakondam, where one of the Great Surviving Architecture is situated. Its called Gangaikonda Cholapuram. This temple was commissioned by Rajendra I,  he was son of Arulmozivarman/ RajaRaja I. It is modelled after the Brihadeesvara Temple/Big Temple at Thanjavur, but is much smaller in scale. This temple is considered as finer in sculpting and sculptures than the Big temple. This temple also followed the Agama Principles, and was completed in 1035 AD.  The temple was commissioned by Rajendra I  to commemorate his victory over Karnataka, Odisha(Kalinga in ancient times), parts of Bengal and Andhra Pradesh. He requested each region he conquered to fetch a pot of Water from River Ganges,( a River in Northern India, considered Holy) and be poured in to the well of  the temple. Hence he acquired the name of  Gangaikonda Cholan, -the Chola, who brought Ganga. There were many other smaller temples and a prosperous city around this temple. The city got the name of Gangaikonda Cholapuram -The land of Chola who brought the Ganga. Rajendra I made this city as his capital, and the city remained the capital for the next 250 years. There were many other temples around the Brihadeesvara Temple, there were ponds and wells for the residents, there were many Royal palaces and mansions in the city. The city now of course is in ruins and everything except Brihdadeesvara Temple, was razed to the ground. There is no historical proof or records of who destroyed the city and as to why only the Brihadeesvara temple was left undestroyed. Most of the architecture and artefacts of Chola time across South India has been destroyed, and razed to the ground, except the three surviving Temples. The three temples are now UNESCO World Heritage sites and are also fully working and functioning Temples.  I visited the Big Temple in Thanjavur and Airateswara Temple in Darasuram, in 2016. So this time I wanted to see Gangaikondacholapuram, to experience in person the third Great Chola Architecture.

The temple is very similar in structure to Big Temple, but smaller in scale. The Vimana/ Gopuram/ tower of the temple is curved, in comparison to the Big Temple which is straight. It is said that there is an underground tunnel in the temple, which linked the Royal palace, and the inner sanctum of the temple. All the three temple, always have left me awestruck. it leaves me wondering how they achieved the incredible feat of creating such a beautiful architecture full of intricately carved stone and bronze sculptures, and how would it have been like living in those times. Standing on the ledge next to huge Nandi, leading in to the temple on one side, on the other side  with views on to the city, makes me think of how many lives must have walked in and out of the temple through out the centuries. What would have been like to stand there in Chola times and look out on to the city ?  How such a powerful dynasty was destroyed and lost in time ?  Yet some of their architecture managed to survive and leave its mark on this part of the world.

I hope this monument survives many more centuries  and  many more generations in future are able to enjoy the beautiful architecture and learn about the powerful dynasty which gave the world  wonderful architecture and later on perished in to nothing. I have always been the one to look in to past, understand the past, know the history, and making me a history enthusiast. I often get questioned over what is the point of looking at past, although I understand that we cannot change what has happened,  I feel past helps me in understanding myself better, learning from our past and history, we can better ourselves.

“The value of history is, indeed, not scientific but moral: by liberalizing the mind, by deepening the sympathies, by fortifying the will, it enables us to control, not society, but ourselves — a much more important thing; it prepares us to live more humanely in the present and to meet rather than to foretell the future.”
Carl Becker  U.S. historian

16 thoughts on “Temple at Gangaikonda Chozhapuram” 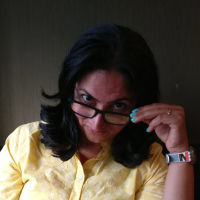